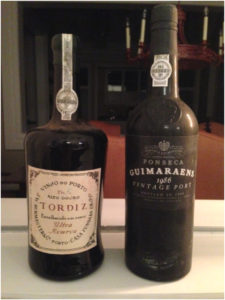 Our hunting destination in 2013 was the Kizigo Hunting Block in the Singida Region of the Manyoni District in Tanzania. We were hunting with Palahala Safaris, the Tanzanian arm of Kwalata Safaris of Zambia operated by Peter Chipman who was also our main professional hunter. This was my second safari with Peter who is now an adopted member of my family.

While our camp was the main camp for the Hunting Block, there was a satellite camp on the same block where a Portuguese Doctor, José Manuel Mendes Furtado, and his uncle Antonio, were bowhunting – specifically for lion and leopard. José was close to my age at the time; Antonio was easily into his 70s, a very experienced African hunter having taken many trophies, most with a bow.

This trip had several setbacks, the first being gun troubles for both camps. There was Tarek, my longtime business partner and friend – his gun did not make the initial flight from London, ultimately arriving seven days late. Our bowhunting neighbors had a gun, mainly used to shoot bait for cats. However, their gun’s scope had been compromised somewhere along their journey.

The satellite camp’s PH, Werner van Noodwyk, visited our main camp daily for satellite/internet access and supplies and the two camps were able to communicate via shortwave radio. The day after I shot my Cape buffalo, Werner radioed over to our camp asking if we had shot anything that could be used for bait. The answer segued to the second subplot of our trip – specifically our miscalculation of booze supply. We had not properly factored in for Yves, Tarek’s childhood friend, who was an observer on this safari. We had actually miscalculated the demand side of the equation – specifically Yves’s demand.

So, to answer the bait question, we said to Werner that we had a hindquarter of my very old buffalo if they would trade for a bottle (or two) of wine. Buffalo for booze seemed a fair balance of trade. The following day Werner radioed again asking if we had any .375 ammo. Apparently José and Uncle Antonio had struggled to put their scope right, thereby using all their ammo in the process. You must know that when you travel to the bush – there is no corner store for ANYTHING. I always overpack on these trips, normally bringing twice the ammo needed – I was not going be caught short of ammo! Given that I was the only one in camp with extra .375 ammo, my answer was, “Yes.”

But what were we going to ask for in exchange? We knew Yves would suggest more booze. However, our satellite camp neighbors had their own wine limitations. If it came to money, I could ask for any amount, but that would not be in good spirit among hunting brethren. My answer was to offer an extra box of .375 ammo and ask José and Uncle Antonio to send me a bottle of good port when they returned to Portugal. They agreed to my bullets-for-booze offer. I sent my ammo via Werner along with my business card, and did not give it another thought. José and Uncle Antonio were back on track – they joined us at our evening fire for cocktails a couple of times, and we did not hear much more from them during the remainder of our safari.

Two weeks after I returned from Tanzania, I received an incredible email at my New York City office. José wrote to me, not only to thank me for the ammo, but more importantly to share his incredible hunting success. José and Uncle Antonio were successful with their bowhunting mission and had time left to hunt their own Cape buffalo – this time using their rifle. José shot his buff, and once his buff was down, a second buff came to nudge his fallen partner – something my son Zach and I personally experienced years later in Zambia. José handed Uncle Antonio his gun, and Uncle Antonio wasted no time shooting the other old buff. Yes, two hunters, two buffs, two meters apart, both with one gun in a span of two minutes – and with my bullets! José went on to tell me that he had not forgotten our deal, and that the port was on the way via a nephew who often travels to New York City.

José and Uncle Antonio are men of their word. A few weeks later a nicely presented package was delivered to my office, not with one bottle, but two bottles of vintage port – very nice port. I waited until Tarek next visited me in my home in Connecticut before I opened the first bottle to enjoy a glass of port together and to recount the story. The second bottle, a 1986 Fonseca, I stored away – I actually forgot about it. Recently I found the 1986 port and decided to give this special bottle of port to my son Jason and his beautiful bride Jess, both who were born in 1986 – yes, a very good year. I told them the origins of their new bottle of port and my daughter-in- law thanked me for making them part of such an incredible story.

Book Review – Drums of the Morning